Many of us have become somewhat of an expert on keeping our hands clean. We may have known for many years that it was necessary to wash our hands and to scrub them for at least 20 seconds. After the pandemic started, however, we learned a lot more about cleaning our hands and we probably have done it more times than we can number. At times, we may also need to use a public restroom and most of us feel good when they have touch-free items, including the sink, door, and hand dryer. Using them may provide a false sense of security, however, if scientists are correct.

By now, you’re probably wondering how an electric hand dryer could be unsanitary. After all, you don’t have to touch it and the air simply blows over your hand and dries it. It actually might not have anything to do with you but rather, it has to do with other people that are using the dryers. Let’s face it, not everybody is good at washing their hands and sometimes, they may be pretty bad at it. Even though they just got done ‘doing their business’, they wash their hands for about two seconds and probably don’t even use any soap. When they put their hands under the dryer, it blows those germs from their hands around and through the air. In fact, tests have shown that there are some 27 times more bacteria in the air compared to what is there if people use paper towels.

It isn’t just the fact that the bacteria goes into the air but it’s the fact that it hangs in the air for a long time. In other words, somebody could have dried their hands and walked out of the restroom and if you walk in 15 minutes later, you’re walking through all of that bacteria that just blew off of their hands. 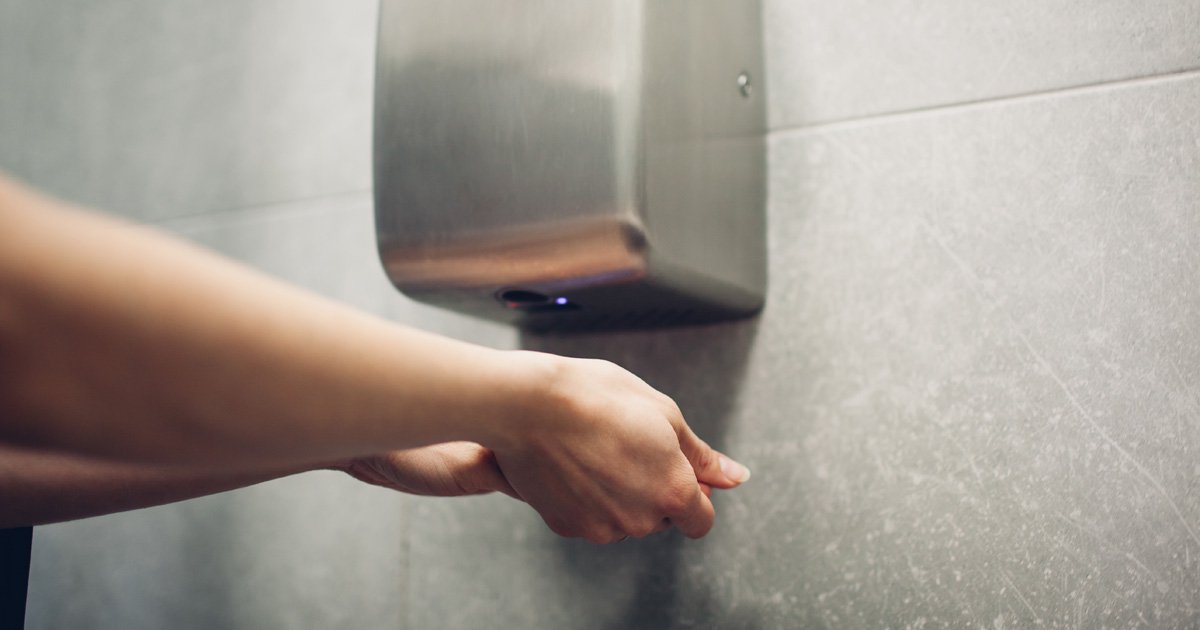 This is an experiment that really is disturbing. The results have been reported in the Journal of Hospital Infection and it shows that the amount of bacteria in the air is disturbingly high. Paper towels are a better choice because they take away both the water and the microbes on the hands. As long as they are disposed of properly, they work a lot better than the hand dryers that were supposedly designed to keep us free from spreading bacteria.